For its first MERS tournament, Chuuren potos is pleased to invite you on Saturday, April 16th 2016 in Marseille, with a meeting and free-play day on Sunday 17th! 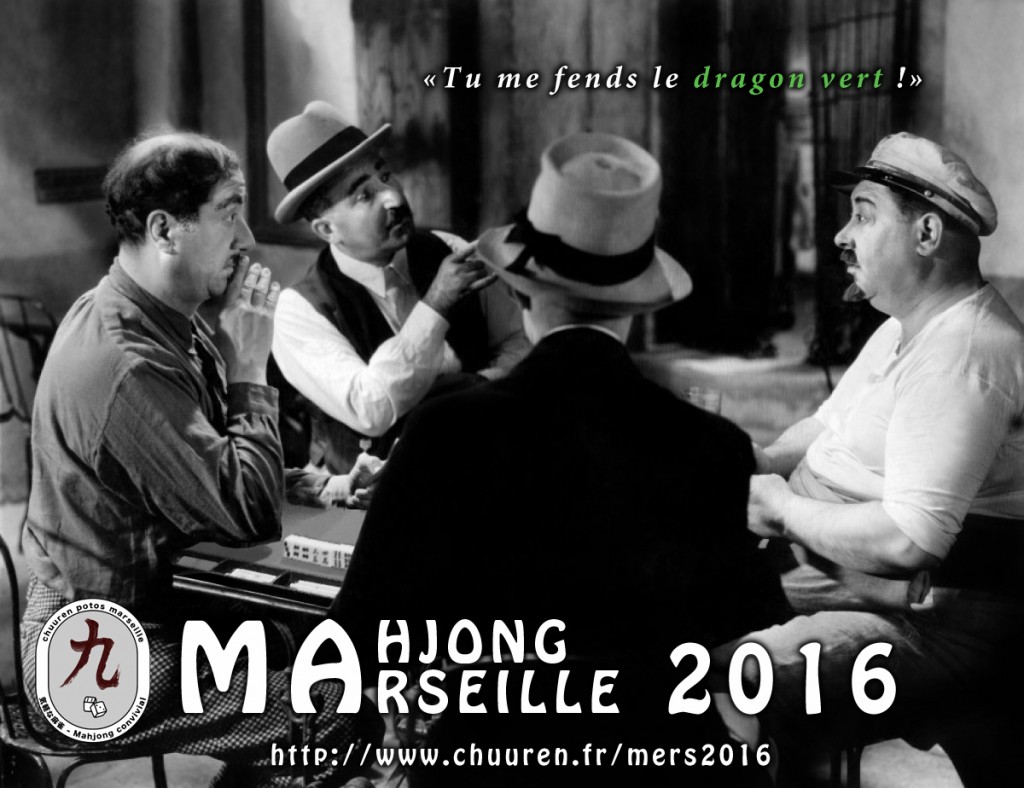 It will be a one day MERS1 that will take place in the “La Crypte du Jeu” game shop.

The free-play meeting the next day will take place in Parc Borély in order to take advantage of the softness of the southern spring (if the weather turns bad an inside location will be arranged). Among other things, a mahjong video will be shot with the winners of the tournament!

Rules: RCR (european riichi rules). Caution: these rules are in the process of changing and it there will be differences with the current rules, especially in regards to open tanyao. More details here: http://mahjong-europe.org/index.php?option=com_content&view=article&id=51&Itemid=136

Observer: to be decided

Tournament structure:
4 games of 90 minutes, 32 players maximum
Points will be counted with sticks. If you’re not familiar with them please read the introduction at the end of this article.

Register:
Send an email to president@chuuren.fr before April 4th 2016. From that day only subscriptions that allow for an additional table will be taken into account.
The subscription will be completed upon paying the registration fees which under no condition will be returned
French players have to hold a valid FFMJ license for the 2015-2016 season.

Registration fees:
20 € including noon’s lunch and some snacks throughout the tournament, 30 € for the whole weekend.
Players who only want to attend the free-play day of Sunday will have to pay a fee of 15 €. 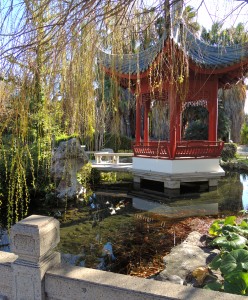 Sunday’s schedule:
The event will start at 10am at Porc Borély, a big park in Marseille. If the weather is bad there will be an inside venue. Players will be free to spend the day as they want. Some activities will be planned at fixed times, such as the shooting of a video with the winners of the tournament (players will be chosen based on their ranking, if a selected player can’t or doesn’t want to enter their seat will go to the next player) in the morning, and a noon lunch with everybody.

About point sticks:
Here’s a quick introduction of this system of scoring for players who aren’t used to it.
At the start of the game each player gets sticks that represent a capital of 30,000 points, with unitary values ranging from 100 to 10,000. At the end of each deal, rahter than counting scores with a sheet of paper, points are directly exchanged, in the same fashion as you would exchange cash. It is not recommended to place the sticks in the hands of the receiving player, they should be laid down on the mat where everyone can see them.
Just as with cash, if a player doesn’t have the exact amount, the difference will be given back (for example it is possible to pay a 9,600 points hand with a 10,000 points stick, and get four 100 points sticks in return). It is also possible to ask other players for change, if for example a player doesn’t have any 1,000 points sticks to declare riichi or 100 points sticks to count honba.
If a player doesn’t have enough sticks to pay for a hand, some additional sticks will be provided by the referee, and the subsequent debt will be taken into account when counting the results of the table.